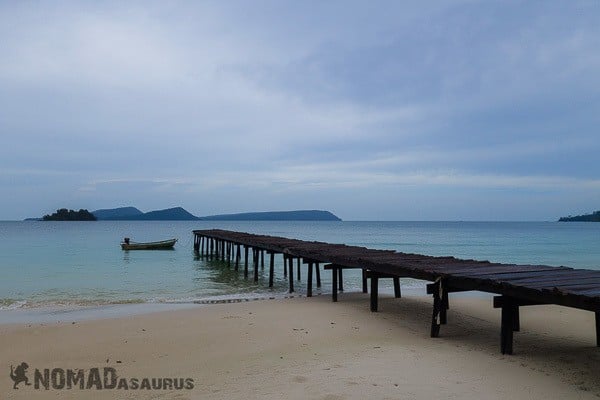 Paradise. There isn’t a better word to describe the backpacker hotspot of Koh Rong. The island, located off the coast of Sihanoukville in Cambodia, has only been on the radar for a couple of years; that is all it has needed to cement itself as one of the must-see destinations in all of South East Asia.

Just a 45 minute ferry ride from the mainland will have you sitting on beaches so beautiful they rival those found in Southern Thailand. Big scale development hasn’t hit the island yet (but be aware that there are serious talks of turning Koh Rong into the next Koh Samui), and as such most of the infrastructure is quite basic. The cheaper accommodations are comprised of rustic bamboo bungalows and timber-built guesthouses, such as our favourite place to stay on the island, Bong’s Guesthouse. Electricity is only turned on for certain hours of the day. There is a severe limit on the amount of fresh water available. These things just add to the atmosphere of being stranded on a beach island.

Koh Rong is not off the beaten path anymore. Thousands of backpackers now flock there every year for more than just relaxing beach time – they want to party. Koh Rong has developed a massive nightlife scene where the bars will be open until early hours dishing up potent cocktails and beers. All along the main beach from the pier are places that offer ‘happy’ shakes and cookies. Intoxicated and high travellers stroll up and down the sand enjoying themselves immensely. There always seem to be something going on and it can be hard to escape the wrath of Koh Rong’s notorious nights.

Looking for accommodation on Koh Rong? Book here with Agoda.com

\Those who manage to actually wake up in the morning will find a whole array of activities to keep them busy all day. Kayaks can be rented for decent prices and used to paddle around the island. Jungle paths can be trekked to take you to isolated beaches, another world away from the drunken revellers spilling out of the bars. Stand-up paddleboards are available for those who want to practice their yoga poses out on the water. One of the funnest things to do is take part in an afternoon boat tour, which usually includes fishing, snorkelling, a cooked meal and plenty of alcohol to drink.

By far our favourite attraction was the presence of bioluminescent plankton in the waters surrounding Koh Rong. When the sun goes down you can head into the ocean to experience what fireworks look like underwater. The phosphorescence sparkles when you disturb the plankton with your arms or legs, lighting up like fireflies. The conditions in the Gulf of Thailand around Koh Rong are perfect to witness this phenomenon and you’ll never forget the first time you see it with your own eyes.

Unfortunately as I mentioned earlier there are plans to expand Koh Rong to become a huge luxury resort, complete with a ring road circling the entire island and an airport. With the way things are changing in South East Asia this looks like it could happen sooner rather than later. The locals and business owners are starting to get pushed out from their establishments, despite protests and environmental concerns. The time to go to Koh Rong is now, before it becomes another over-developed holiday destination for rich tourists. Don’t miss out on what this island has to offer for backpackers looking to truly enjoy this Cambodian paradise. 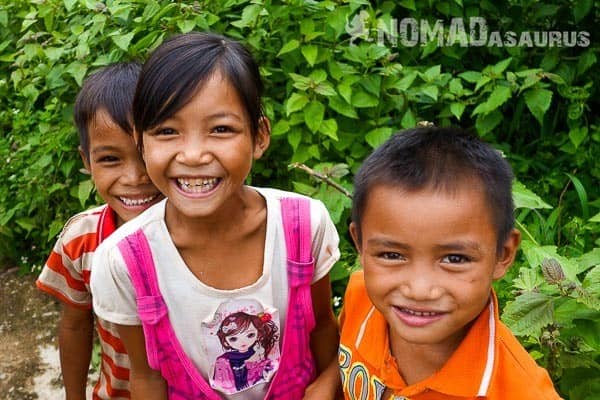 Responsible Travel – You Have The Choice To Our Friends, Alesha and I created NOMADasaurus a little less than a year ago 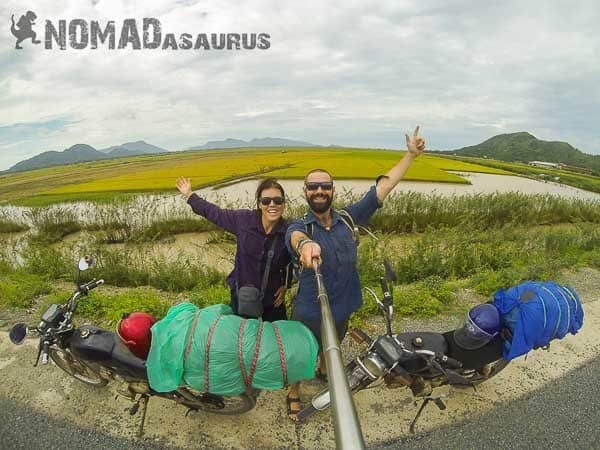 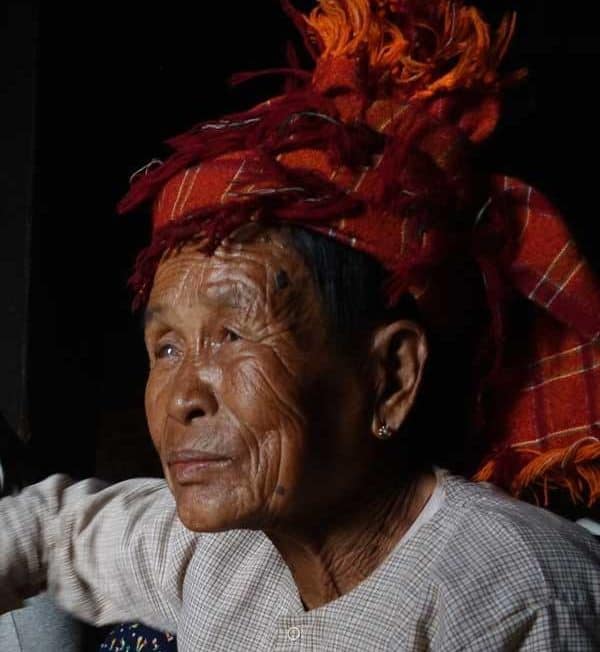