My Time Spent In A Prison In Nepal – Part 2

The next morning every passing guard tells us that this was all just a minor issue and we shall be free in the next day or so. We are also moved to the local prison cells that didn’t differ too much from the last holding cells. Again segregation, again bone chilling concrete rooms. But this time also two separate wings to the place. You would think it to be a good omen that all the inmates in our section wear smiling faces, but I was soon to learn that smiles worn by a killer can be more disturbing than a cold stare. At least the bathrooms are no longer inside the rooms. Instead they are situated in the back of the main room that also housed the only water pump in the prison that provided drinking and bathing water for the hundred and fifty odd guests of this barren concrete pit. A pump that I promptly broke within the first four hours of my visit. Not a good way to get on the right side of my new friends.

Incarceration is a first hand introduction to the criminal mind and the underground society associated with it. It also is an eye opener to the plethora of injustice dealt by the hands of the Nepali police. Nights in prison are a fun place to meet the local underbelly of any city and Kathmandu is one dirty city. Its amazing how friendly killers are once they get over the whole ‘trying to freak you out by the fact that they are killers’ bit. I have found in the past that dealing with deranged psychotics is an interesting process – you have to make them like you straight off the bat while keeping them guessing why you are not afraid of them. The fact that you never know what is going on in their minds means you have a lot of body language to study to be sure that your still on their good side. This monitoring is essential. My theory of perception and people studying became a pastime for me and was to open up a whole new understanding of organized crime. But I wasn’t alone, Dave was also under the scrutiny of these people. And being only 20 years old and from a small town in New South Wales things were a bit harder for him.

Dave is the kind of guy that most people would describe as quintessential Australian. He carries a care free look coupled with a sarcastic tone to his voice and will speak his mind even when not asked to. Things that make people who don’t understand Aussie ‘wit’ annoyed very quickly. Needless to say keeping the attention off him as much as possible was a high priority. Especially since the one guy in the place who liked to push his buttons was also the guy who killed his own wife so that he could date his now girlfriend, and that was not even the reason he was in the prison…

Fortunately for Cat the girls section of the prison was filled with a much more docile breed of inmate. The women of the holding cell were in for crimes ranging from prostitution to forgery, and all took on mother and sister roles for us foreigners. Fortunately for Dave and I the room mates we had ranged from two Indian guys who spoke English, three Nepali kids (aged between 18-22) who were set up by the police to sell weed, and a rotation of others ranging from heroin addicts to a Tibetan monk. Without killers in our room the feeling was generally friendly. However, they were only in the next cell and took a massive interest in the two of us, clearing the room three to four times a day to come and have a chat.

Our days were spent doing a range of mundane activities. Our requests for calls to our embassy, access to essential medication for Cat and general questions about the terms of our incarceration fell on deaf ears. So we decided that keeping the mind busy was the best thing for all people. This is something that is hard to do in a prison like Hanuman Dhoka. Chessboards are a help but with the local master being almost unbeatable things get repetitive for the average prison dweller. Days are split up by trips to the court, the DA’s office, meetings with lawyers (if you have one) and arrivals of gifts/food by those lucky enough to have friends and family informed of their visit to the holding cells. Those without are literally left high and dry with little more than scummy lice infested blankets to keep you warm and two meals a day of rice and a vegetable curry that was more water than anything else.

On the third day of our ordeal I get a very worried looking officer (that we named ‘Two Star’ as that what was on his uniform) come into my cell. I was sitting with my Indian cellmates discussing my travels when Two Star came running over with a panicked look on his face. He looked me in the eyes and said “you have to come and fix your wife”. Cat and I had said that we were married so that we would be able to speak to one another and so that I could stand guard by her door when she showered (there was no door by the way). When I asked Two Star why my wife needed fixing in the first place he didn’t answer so I had to go find out for myself. I was ushered into the guard’s room only to find Cat curled up in a ball rocking back and forth sobbing. I immediately ran to her side and tried to comfort her but she was so distraught that I couldn’t get a word out of her. In a fury of desperation I turned to the guards and accused them of everything that came to mind, only to fall down next to Cat again to hear from her the true story.

About an hour before hand they had quietly dragged her from the women’s cell and delivered her to a man who proceeded to interrogate and accuse her of being a drug smuggler while trying to get her to sign a document that wasn’t in English. In the midst of this she broke down and began to uncontrollably convulse causing the guards to enter the room and in an act of desperation they came to get me. What the guards didn’t know is that Cat is also somewhat of an actor, and to start with neither did I. So after my outburst and a lot of tears from Cat she pulled me close and told me about the interrogation only to finish her story with “I’m playing this up… but let’s see what we can get out of this”. So after a joint effort and a complete turn around of a situation by Cat we had access to all our clothes, toilet paper, soap, medications and even toothbrushes within the hour. They even let her wander freely from her cell to mine whenever she liked, something denied to all other women in the prison. All in all an eventful day, but a fruitful one! 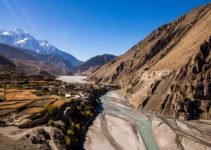 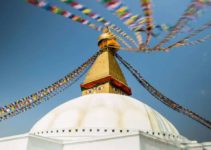 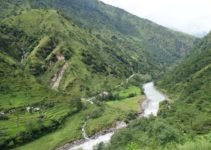