Would I do this trip again? Hell yes! I’ve even been considering doing the whole trip in the opposite direction from east to west. Starting in Vladivostok I’d love to explore the Kamchatka region in Far Nth. Eastern Russia, one of the worlds last untouched wildernesses. Then perhaps spend a bit of time in Mongolia before having the trip coincide with the World Nomad Games in Kyrgyzstan in 2018.

If I was to officially participate in the rally again I would give myself more time, say 6 to 7 weeks to get there and at least 2 to get back. I would have to take a different route though as I have a rule to try to go somewhere different every year. I’d like to drive through Iran – Australians can be issued a 30 day visa on arrival – Uzbekistan and Turkmenistan and miss the whole Caspian Sea ferry crossing debacle.

Would I do anything else differently? A mechanically sound 4WD van would be nice, perhaps one of those UAZ vans that the military use and that you see all over the former Soviet states, so that I could spend less time in the mechanics shop and more time in the bar with the locals. And a van with a bed inside would save worrying about the whole ‘let’s hope farmer Vladimir doesn’t wake us up with his shotgun’ scenario.

But by camping most of the way we not only saved a lot of money but had some of our more memorable experiences. In the true spirit of the rally we took a car that we knew would break down and force us to interact with the locals. And in turn give us endless stories to bore our grandkids with. In the end, the time frame we gave ourselves, combined with unforeseeable mechanical issues, prevented us from reaching our physical goal of Ulaanbaatar.

Essentially though, the aim was to try and in doing so learn a bit more about the world, about each other and about ourselves.

The darkest caves conceal the most valuable treasures.

What never ceased to amaze me was the willingness of people to help us or to just plain make us feel welcome when they knew we were a guest in their country. No matter where you go, universal principles apply. People the world over very often want to share the things that make us all happy, like good food, family, friendships and laughter. Kindness is the norm, not the exception and a smile or a friendly gesture is often returned in spades.

I started out on this trip with my fair share of trepidation and concern. Much of it based in ignorance and negative or inaccurate portrayals perpetuated by the mainstream media. The same mass media that tells us that the path to happiness is through the accumulation of material possessions. Well I sold mine to go on this crazy adventure and I don’t regret it for one second.

In fact all I’ve got are these words and a lifetime of memories that will never depreciate and I’m cool with that because I have an inner contentment and sense of pride in how I stepped out into this playground we call planet earth and discovered a few truths that I could only learn by immersing myself into the unknown. 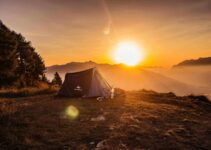 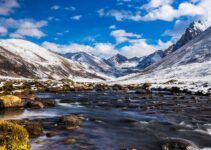 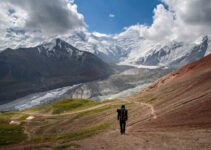