In case you haven’t heard, but you probably have, Australia is enormous. When placed over North America it’s roughly the same size as the mainland USA and the distance between the east and west coast is about the same distance as London-Moscow.

This huge expanse of open land means that Australia is one of the best countries in the world to grab a couple of mates and go on a road trip.

The size, the remoteness, the wilderness, animals and climate all combine to make driving around Australia like nowhere else. All of these things which make traveling here so unique also mean that a bit more planning than usual needs to go into a journey here.

Many of these things are completely unknown before you begin a trip and you’ll only realise you’ve screwed up after it’s happened.

To be your guinea pigs a friend and myself set off on an 8000km pilgrimage from Brisbane to Uluru to see just what’s needed to finish one of the worlds greatest road trips.

The tips below are definitely not exhaustive but follow them and your chances of meeting the Wolf Creek Man should be a little less. The intention of this isn’t to scare you away from taking a road trip but to help you enjoy yourself a whole lot more.

READ MORE: If you’re looking to travel to Australia, you need to see this guide first!

Your first big challenge will be to choose the part of the country which you want to see. For the sake of keeping things short I’ll cover the 3 most popular routes and give you an idea of the distances involved.

Firstly is the well-trodden backpacker route up and down the East Coast from Melbourne to Cairns. It is mostly motorway driving, has towns with hostels every few hundred kilometres and has most of the beach towns you love so much.

Doing a lap of Highway One is probably the next most popular option if you’re a beast. The centre is unpopulated desert and because of this the national highway does a complete 14’500km (9000 miles) lap around the coast of the country.

If you are thinking of doing this I really advise you to read the rest of this article.

For most backpackers a road trip of the national highway is out of the question due to time and money limits. Without a doubt the best long distance road trip you can do to get an authentic Australian experience is to drive from one of the capital cities to Uluru.

For most Australians driving to Uluru is something we all try to do once because it’s not just a holiday. It’s a serious test for the driver, the car, and gives us the chance to see almost every landscape Australia has to offer.

Try Not to Buy a Shit Heap Car

I know… You’re a backpacker and the money is tight but having a reliable car will make the difference between weeks of bliss and hitchhiking your way to the nearest big town. The nearest big town might be over 1000km away.

Most of the cars you’ll want to buy will either be a station wagon or an old people mover which are being sold by other backpackers.

The problem with this is that they’ve never done any maintenance on the thing and neither have the 10 backpacker owners before them.

Before you buy a car make sure it’s been inspected by yourself and a mechanic and has roadworthy certificate saying that it’s safe to drive.

Finally make sure you do the registration paperwork before you give them the cash. If the car is unregistered, depending on the state you could be in for a $500 fee to pay for the registration.

On top of this if the car is unregistered you aren’t insured and if you have an accident you aren’t just fucked you could go to prison. 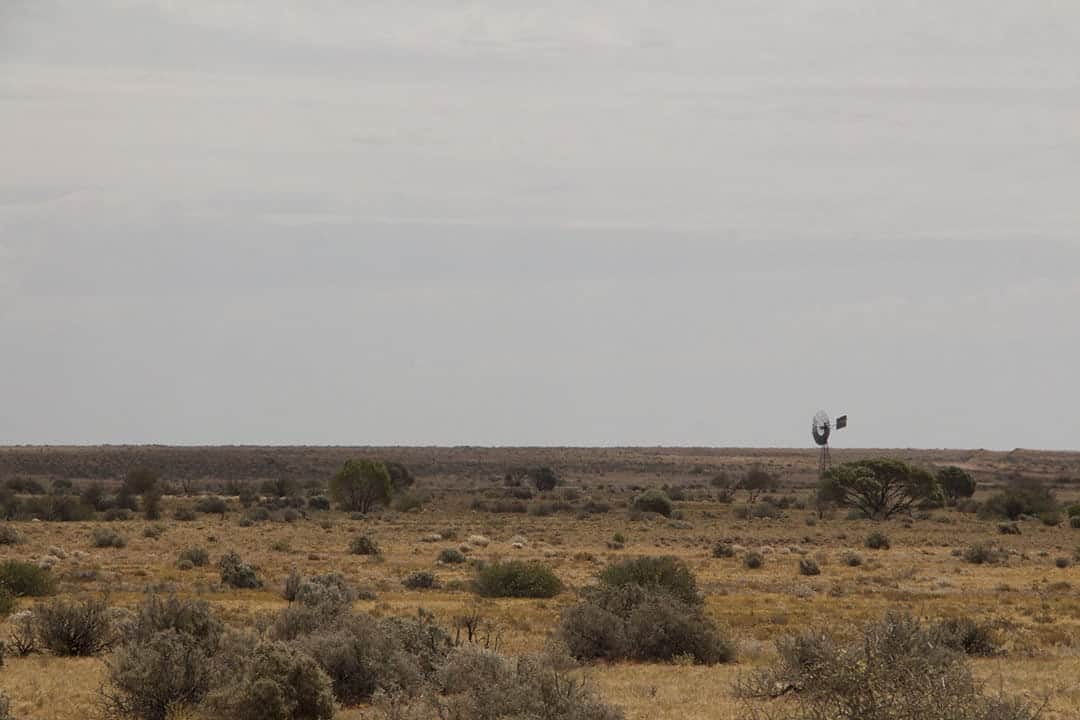 A lonely windmill in the desert

If you’ve done a few tours of Europe or South America you might have been lured into a false sense of security when it comes to where you can find a hostel. As soon as you leave the main cities or the East Coast there are no hostels to stay in and you will be lucky to find a town for the night.

The easiest way to get past this is to have a car you can sleep in, or a tent is also a good choice if you can find an official campsite to set up. Nobody recommends staying in the road side rest areas for safety reasons.

Wolf Creek is based on a true story and it was only a few weeks ago that a couple were attacked in the middle of nowhere. As a last resort sleep in the locked car.

The time of year is also worth taking into consideration. In summer the deserts of Australia are about 3 meters from the surface of the sun and during the day temperatures will hover around 45 degrees celsius and 30 at night.

In this kind of heat the only way to fall asleep is crying and spooning a bag of ice.

In some situations staying in a motel might be the only option so budget a few days of ‘makin it rain.’

Some of the landscapes of central Australia

Okay, now we get to the safety part but don’t fall asleep and grab a coffee. This stuff is pretty important. Doing a road trip through the outback is absolute hell on a car and you’ll need this stuff as a minimum because you might break down at least once;

Giving the car a once-over every day before setting off is a really good habit to get into. I’ve caught a lot of problems like loose ignition cables and leaky coolant hoses before they become a full scale disaster.

If you’re going on a 4WD track away from the highways tell someone ahead like a farm/roadhouse that you’re coming. That way people will actually know you have a problem if you don’t show up.

Congratulations dude/dudette because if you’ve managed to get on the highway then most of your work is over. Unless you’re in the passenger seat and now you’re required by law to be a mad DJ for the next 2 hours.

For the sake of giving you a heads up, what could go wrong now and what should you do about it? The answer to that is really simple because at this point there are only 3 things that can really screw up your day.

Your car can break down, some wildlife will decide to play chicken with your car and you will get tired if you’re driving.

The last one is the easiest to avoid. Don’t try and be a hero by driving non-stop for 6 hours. Take a break every 2 hours and swap drivers, have a sleep if you need to and keep hydrated.

Even if you have everything fixed before starting the car might decide to be a dick and break something important that can’t be repaired.

The most important thing you can do, even if you’re on a dirt track without radio, is to stay with the car. All the water is there, you have shade and it can be seen from the air.

Everyone becomes really helpful on the highways and will happily give you a lift to the nearest roadhouse which will have a tow truck.

Everything else only has a tiny chance of happening but there is a real danger from animals like kangaroos on the road. Ironically, the most damage that happens when an animal comes onto the road is from the driver swerving away from the animal into a tree or another car.

The only thing you can do? Brake hard, not swerve, take your foot off the brake at the last second so the front end of the car bounces up and lets the animal pass underneath the car. It’s not a nice thing to do but it beats rolling .

Like I wrote at the start, this isn’t meant to scare you away or sound condescending at all. This is one of the only places left where you can feel like you’re the only human left and the serenity has to be experienced at least once.

Hopefully even by following a few of these tips you can spend more time enjoying the views and less time on struggle street. 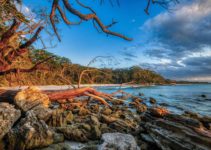 1 thought on “The Backpacker’s Introduction To Road Tripping Australia”