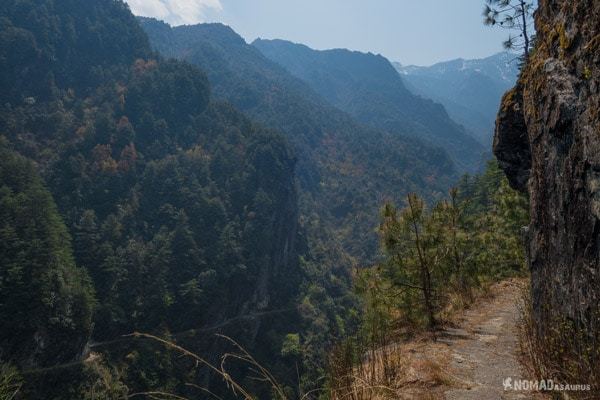 We arrived in the Chinese pseudo-hippie destination of Dali with no plans and no idea about what there is to do (which is almost always our style). After we checked into our hostel, we scoped out the list of things to do around the old city. Taking a boat ride across Erhai Lake came highly recommended, as did the Three Pagodas of Chongshen Temple. But the one that really interested us was hiking up on Mount Cangshan – The 4000+m mountain that looms over the city of Dali.

On our first day we went for a walk out to the Three Pagodas, and nearly fell over at the price: 121RMB. We were quickly finding out that attractions in China don’t come cheap. After a brief consultation, we decided to skip it; after all, we will come across plenty of pagodas across China in the coming months. We instead spent the entire day walking around the old city, taking in the interesting ambiance and chuckling to ourselves at the hordes of Chinese tour groups that were herded around the town. 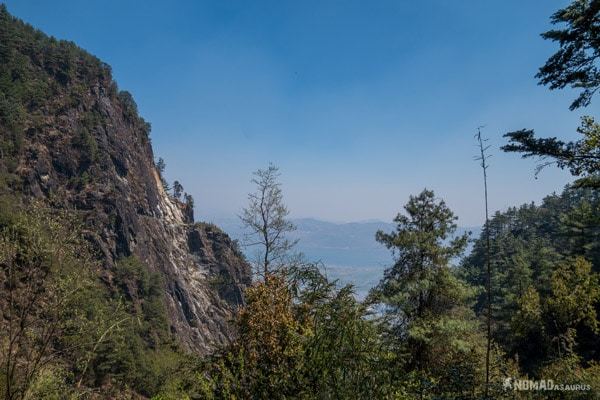 Waking up on the second day, we decided to skip Erhai Lake and instead hike straight up Mount Cangshan to enjoy the sensational views over the region. Mount Cangshan stretches for over 50km north to south and has 19 peaks, with the tallest being Malong at 4122m. Picturesque creeks run between each of the summits, and serene waterfalls cascade their way down the rocks. Designated as a national-level Global Geopark, Mount Cangshan has a diverse range of flora and fauna, which has been attracting nature lovers for years. We couldn’t wait to start our hike!

After getting lost on our way to the trail head (for your information, the start of the trail to Mount Cangshan is next to the Dali movie studio), we paid our entrance fee of 40RMB and began trekking up the surprisingly well-built pathway. We were immediately surrounded by fragrant pine trees, their seeded cones peppered along the trail. For the first 30 minutes small cement gravestones periodically broke up the lush views, with scatterings of offerings left behind by relatives of the deceased.

We didn’t even attempt to count the number of steps that seemed to never end on the way to the Cloud Traveller’s Path – a 12km paved trail that runs along the mountain. Despite the constant ascent, the time flew by as we were constantly immersed by the natural beauty. It took only an hour to reach the path.

We decided to head south first, back along the Cloud Traveller’s Path towards the distant cable car. After 500m the path took a sudden right hand turn and we found ourselves straddled on the edge of an imposing cliff, the trail hugging the curvature of the mountain. The uninterrupted views over the Erhai Lake and Dali city were astounding, but it was the sheer size of the cliffs themselves that tumbled down to a steep valley that truly impressed us. Across the gorge stood a small pagoda, and we decided that would make the perfect place to rest for lunch.

We continued along the Cloud Traveller’s Path another few kilometres until we were standing beneath the haul rope of the cable car. Deciding this would be a good point to turn around, we headed back along the trail, enjoying the vistas along the way. Reaching the Zhonghe Temple we continued on while the path meandered its way through more pine forests and steep cliffs.

Eventually the well-maintained path became overgrown and we had to weave through shrubs and small rockfalls to avoid the sudden drop to our right hand side. We passed some Chinese backpackers who told us they turned around because the path had become too dangerous. Taking this as a challenge, we charged on through.

Before too long the Cloud Traveller’s Path cut away from the edge of the mountain and through some more pine forest. Keeping an eye on the setting sun, we turned around and followed the trail back towards the temple. 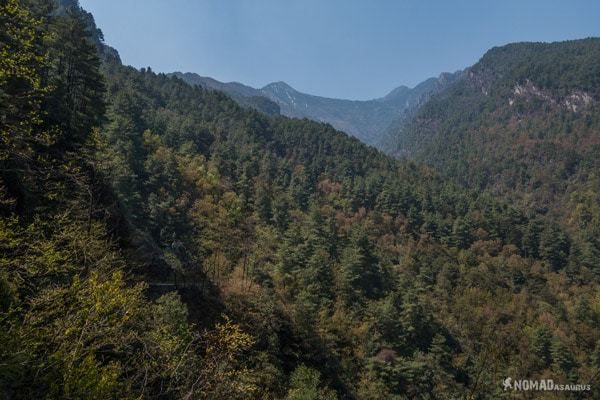 After a brief exploration of the poorly-kept temple, we found a dirt trail leading underneath the second chairlift. A far cry from the one we used to ascend Mount Cangshan, this one was peppered with stones and loose soil, ensuring we maintained our concentration levels as we skipped back towards Dali.

We passed a few tourists using horses to climb the trail, and called out a cheerful ‘ni hao’ as we rushed passed them. 45 minutes later and we were back on the edge of Dali city.

Legs slightly exhausted from the hike, we grabbed a quick beer to quench our thirst before hitting the streets for some night market action. Hiking Mount Cangshan was definitely worth stopping in Dali for, and at a low cost of only 40RMB each, a cheap way to spend an entire day out in nature.

Getting To Mount Cangshan

Whisking you to a height of 4000m, the gondola would offer jaw-dropping views and save your legs from the tiring trek to get to the top. We hate paying money for something we can do ourselves though, and with a cost of 230RMB, it is not exactly aimed at the backpacker market. The chairlift next to Zhonghe Temple is 50RMB one way if you don’t want to walk up or down.

Ask at your guesthouse for directions to the movie studio, which is the best place to start your trek up the mountain. Entrance is 40RMB. From there you can head South back towards the Gondola for 8km, or North towards Zhonghe Temple. Leave yourself an entire day to enjoy the beautiful views up on Mount Cangshan. 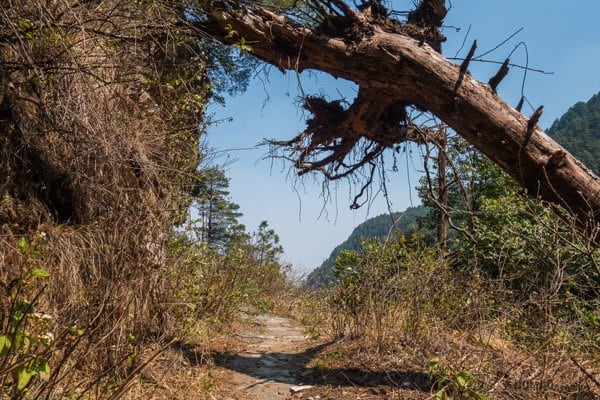 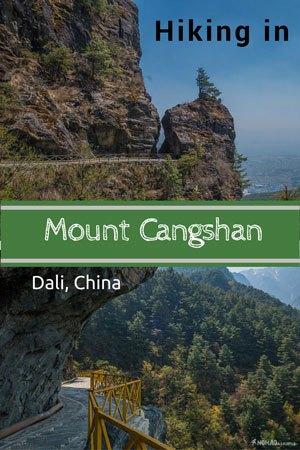 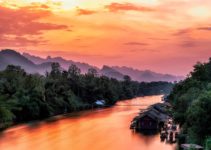 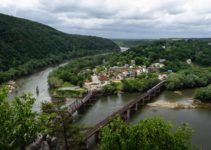 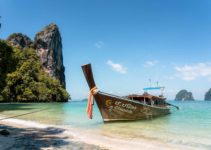