Life On The Steppe With A Mongolian Nomadic Family 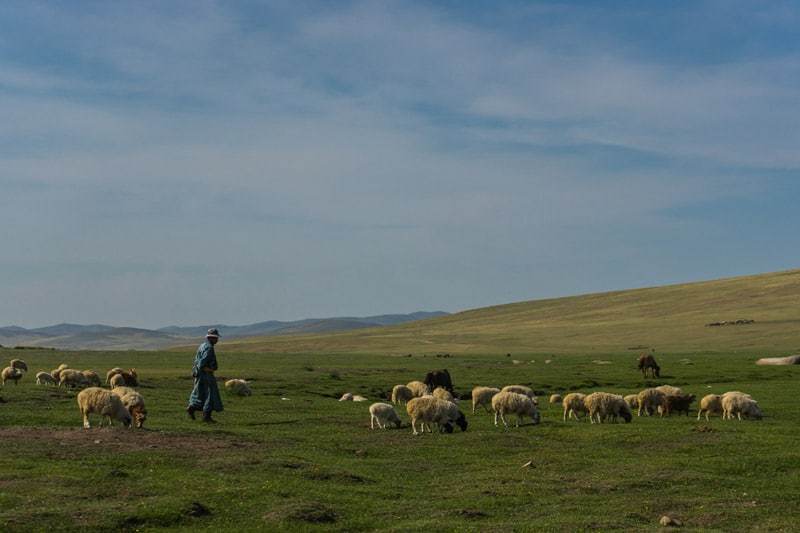 The roads across the Mongolian steppe diverged and twisted like a thousand snakes slithering their way through a barren field. Jack, our driver, expertly steered his four-wheel-drive van around the myriad of threatening potholes, pushing onwards with one eye on the compass mounted on his dashboard. Up ahead in the distance the white canvas of two traditional gers glistened in the mid-morning sun. Wild horses and herds of goats scampered in front of our vehicle as we approached the camp. Having heard our impending arrival, an older lady from the nomadic family stepped outside with a welcoming smile. “Sain bainu uu,” she called out, and we excitedly returned the greeting. 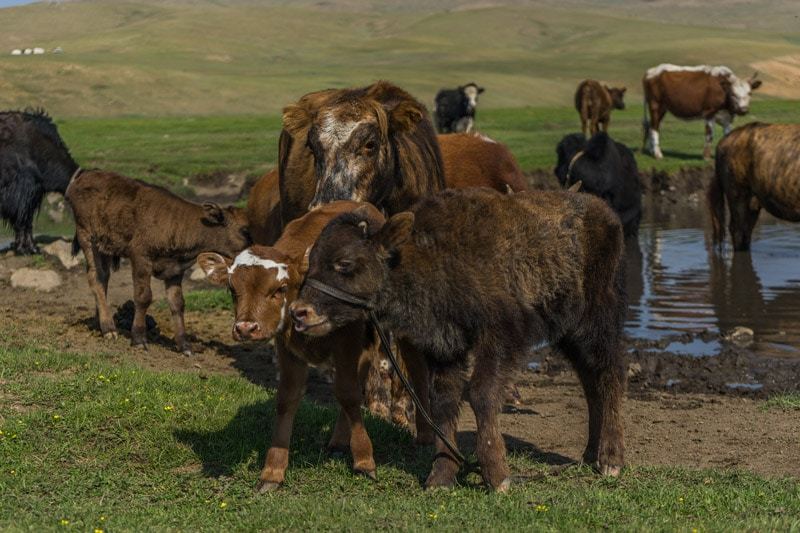 We were somewhere between the ancient Mongol capital of Karakorum and the Ongi Monastery ruins, en route to the desolate Gobi Desert. It was the second day of our Selena Travel “Gobi Desert, Karakorum And Beyond Tour”, and our guide Joe had suggested we take a detour to spend some time with a real nomadic family. Through his and Jack’s many years spent guiding groups around Mongolia, they had developed close friendships with a lot of the locals in the area. The family were not been expecting us, but that did not matter. The warm hospitality of the Mongolian people is beyond legendary. There was no need to announce our arrival. The nomads would welcome us with open arms, at any time of day or night.

Dugarnaa, the mother of the family, was sweating and seemed slightly embarrassed when we had arrived. She explained to Joe that only minutes before, her 13-year-old daughter had been preparing a new batch of mare’s milk when she spilled the entire bucket on the floor. Refusing to accept responsibility for her actions, the daughter ran outside to avoid cleaning the mess. Dugarnaa had been chasing her when she noticed the billowing dust from our approaching vans. She left her daughter to run off towards the horizon, and hurriedly ran back to welcome us.

We laughed at our unfortunate timing while Dugarnaa gestured us into her home. Three beds were placed on the east, north and west sides of the ger, and a well-used stove stood in the middle. Family photos and Buddhist trinkets were placed carefully on a shelving unit that acted as a shrine, and the basic food preparation area was to the right of the door. Besides the necessities, there were very little possessions. Despite this, the ger felt cosy and homely.

Our group stepped to the left and sat on the beds around the stove. Dugarnaa passed around a bowl of fermented mare’s milk (that had not been spilt on the floor) and a plate of aaruul – dried curds. To say that the traditional food of the Mongolian nomads is an acquired taste would be putting it politely. With a strong, salty and bitter taste, it usually takes a while for a Western palette to grow accustomed to it. But when you live in such harsh environments and are destined to be permanent wanderers, you learn to make do with whatever sustenance is available. I must admit, after my second sip, I was learning to like the arak.

When it comes to meat however, the Mongols know how to barbecue amongst the best. As soon as we had finished our sour dairy products, an entire tray of delectable and tender goat meat was placed in front of us. Dugarnaa grinned widely as our group savoured every last morsel, and she quickly plied us with a bowl of noodle soup to wash it down with. It had become our mission to ensure we did not leave hungry.

Before the chance to slip into a food coma overcame us, we wandered outside to explore the serene landscape. The pastures that these nomads had called home for the summer were lush and green, and provided the perfect location for their herds of cows, yaks, horses and goats to graze. Most of the livestock gathered around a shimmering river, and were unfazed when we approached.

The sound of a motorbike engine roared in the background and Dugarnaa’s husband, Namjildagva, arrived with his son. They started to round up the horses and guide them towards an open paddock behind the gers. Joe announced that the nomadic family was about to milk the mares, and that they wished for us to come and observe. We eagerly ran over, enthusiastic to see more of their daily life.

The family milk their mares five times a day, and the cows and yaks twice. It is an integral chore that everyone takes part in. The milk is vital to help keep the family healthy and fit throughout the long winter. At this point the missing daughter appeared on horseback, knowing that she would be in even more trouble if she failed to show up for one of her important jobs. The stern look that Dugarnaa cast towards her indicated she had made the right decision.

Dugarnaa skilfully lassoed a young colt, and together with her son they coerced the infant horse into extracting milk from a mare. Once the milk started flowing, they pulled the colt away and Dugarnaa continued to massage the teats, collecting the liquid in a bucket. The process was repeated with different horses until the bucket was full.

Soon the milk had been collected and it was time to get on the road. The ruins of the Ongii Monastery were calling our name, and we had a long drive to get there. Our two-hour experience with the nomads had been as educational as it had been captivating. The whole family gathered around and we thanked them profusely for their hospitality. Joe presented them a bag full of gifts and souvenirs that we had put together to show our gratitude. Dugarnaa accepted it graciously and smiled warmly.

We drove off on a different road than we had arrived on, with Jack still keeping one eye on the compass. In the rear view mirror the family stood there waving, their smiles shining as brightly as the overhead sun. A few minutes later and they were gone from our sight, but their welcoming hospitality stayed with us long after. This simple nomadic family had shown us that giving without expectation is the most important part of the Mongolian nature. Possessions did not equal happiness, only family, health and hospitality was important. Deep in the steppes of the rugged countryside, they had their lives completely figured out.

Our Gobi Desert tour and the experiences during it were made possible with the support of Selena Travel. All thoughts and opinions are, of course, our own.