“Don’t worry about the rust. It adds character.” An obvious sales pitch. But he needn’t have bothered. I was already sold.

Upon casting my eyes on the ’86 Chevy Van, my future was forged. I would purchase this dilapidated vehicle and drive it for as long as its aged chassis would last. It would become my mode of transport, my home, my storage unit and my safety net. Just as you can never reach the horizon, my love for this van would expand. But it needed a name. Something befitting of its soulful personality. A title that would match its robust nature. In a moment it came to me.

I completed the transaction, eagerly handing over the minuscule amount requested by the owner. Latoya was no longer a simple means of transport. She had taken on a whole new demeanour.

From her old home in Vancouver, Canada, I aimed her towards that never-ending horizon. Through the Rockies she charged. Across the prairies she never lost momentum. Night after night I would seek solitude and warmth inside her comforting walls.

All who came into contact with Latoya would be in awe of her magnificent presence. The red-carpeted interior, the venetian blinds, the foldout queen sized bed. The disco ball that constantly bobbed in time with the imperfections of the road. From hitchhikers to long-term friends, her reputation grew far and wide.

The sprawling landscape of Canada seems to continue forever. Kilometre after kilometre passes on the odometer without making a dent on the map. None of that matters, however, when you are perched comfortably in the captain’s chair. Days are spent exploring side roads and motoring along scenic highways. Evenings are whiled away with drinks, music and laughs amongst new friends spread out on Latoya’s spacious bed.

East was our direction. As far East as we could venture. Cities and villages would come and go, some holding our attention for hours, others for months. As the mileage increased, so did my attachment towards Latoya.

One day it happened. We reached the end of the road. St John’s, Newfoundland; The Eastern most point on the North American continent. Jubilation and euphoria! We had made it! Now there was only option left. Latoya and I turned around, and pointed west. It’s a long way back to Vancouver. Best to fuel up and start the journey!

I’ll never forget the first time I saw Latoya. In her corroded frame and questionable reliability I saw opportunity and adventure. She delivered both, in aiming for that never-ending horizon.

[box type=”info” size=”large” style=”rounded” border=”full”]This article was chosen as one of the World Nomads travel writing scholarship winning entries. Read all about it here.[/box]

About the Author - Jarryd Salem

Jarryd 'Jazza' Salem is a freelance travel writer and chief author of the stories and articles found on NOMADasaurus. Having left his home of Sydney in 2007 to pursue a life on the road, he aims to promote sustainable, community-based travel through his experiences backpacking the world. You can find him in some random country trying hard to quench his thirst for adventure. Follow his journey on Facebook, Twitter, Google+ and Instagram 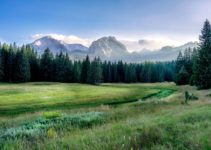 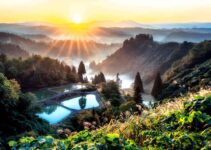 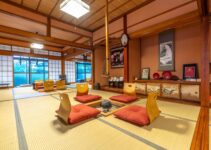