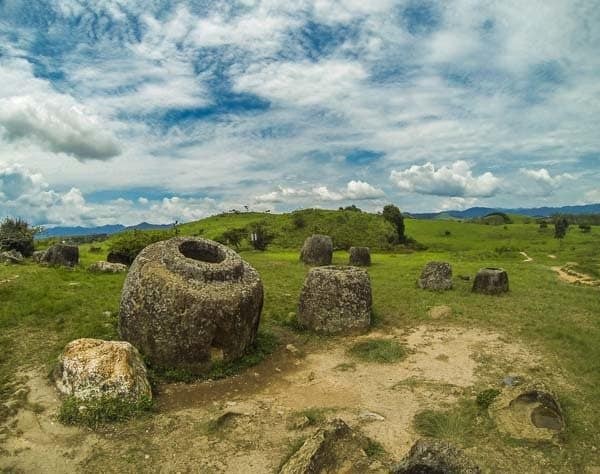 Just outside of the town of Phonsavan in the Xieng Khouang of Laos is a mysterious historical site known as the Plain of Jars. In large plateaus amongst the Annamite Mountains hundreds of imposing stone jars are scattered around the countryside. What these massive vessels were used for is still speculative, but they were thought to of been utilised in human burial rituals.

Found in clusters of between one and four hundred jars they suffered tremendous amounts of damage during the Indochina and Vietnam American Wars. The quantity of unexploded ordinances (UXO’s) left over from the years of intense bombing regimes is estimated to be around 80 million. The provincial capital of Phonsavan was the centre of the most heavily targeted area. As a result the territory these jars are found in are extremely hazardous to the people who farm the lands around them. Over 20’000 people have died since the war ended in accidents involving these live munitions. There are some great NGO’s involved in mine clearance of the land.

We had no idea of any of this horrific history before we arrived in Phonsavan. We had decided to stop there to explore the Plain of Jars, which we also knew very little about. Taking our motorbikes around between the three sites took us two days instead of the usual one due to our foolish to ride deep into clay tracks before a heavy storm made our eventual exit quite problematic. Misadventures aside, visiting the Plain of Jars was one of the most interesting missions from our time in Laos.

The largest of the easily accessible sites offers a varied selection of things to see. Welcoming you is a modern information centre with interesting history and fascinating facts of the Plain of Jars. From there you take an over-sized golf cart to the site. Walk amongst the scattered objects and see the biggest jar discovered. You will weave around bomb craters scarred into the land from the Secret War. An imposing cave set in the middle of the paddock was the location of the old kiln. Climbing to the top offers superb views of the surrounding landscape.

The turn off for is about 5.5 km out of the town heading pas t the bus station You will come across a faded sign that has an arrow pointing right for 2.5 km.

Although it is much smaller than the other two sites, the views are superior. Two locations are set up on rolling hills amongst sparse trees. The trail to get to them is red clay and steep, quite treacherous if you are caught at the top during torrential downpour – which we were. One of the clusters in particular is very picturesque. Spread out around large willowed trees the jars are overgrown with shrubs and moss. With an overcast day the site gave out quite an eerie vibe.

The turn off here is about 7 km out of town and just under 2km after Site 1 turn off. You have to continue on the un…….. road for about 5 km. It took us about 45 minutes to get out here

The furthest away from town of the three sites, this place requires a nice walk through terraced farmland and up a lush hill. The collective area where the jars are placed is not overly large, but the size of the imposing jars makes it all seem a lot more considerable. Our favourite of the three, it was great to have a pleasant hike involved to reach the site. You can stare past the jars, through the trees and over the valleys towards the surrounding hillside. 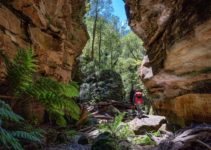 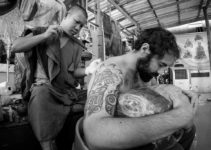 8 thoughts on “Plain Of Jars – Exploring History Near Phonsavan, Laos”