It was a long weekend and I was wondering what to do and where to go to. Suddenly at that moment, my friend sent me a video of whale sharks in the ocean near his house. Without thinking twice, we booked our flight right away to Gorontalo, the northern part of Sulawesi.

It took totally 2,5 hours flight from Surabaya, East Java, not including the transit in Makassar, South Sulawesi and then after the arrival in Gorontalo, which took around an hour by road from the airport to a small village called Botubarani. This is where a bunch of whale sharks were sighted in the trench only 15 meters from the beach side.

Arrived in Botubarani in the afternoon, we went directly to the beach where is located only 20 meters across the main road. It was amazing how you could see those whale sharks from the beach and saw their fins occurred on the surface before they swam down again.

I talked to some local people who managed the place for monitoring the daily activities on the beach, where those whale sharks almost can be seen every day. They disappeared for two months, but are suddenly back now with a bigger group.

My friend and his colleague who is also the owner of the dive operator told me that the whale sharks actually have been around for the last three years. However, their appearance was not recorded so the villagers couldn’t tell the cycle of the whale sharks season.

Around April last year, 13 whale sharks came to this area. As per the locals, it was the largest group of whale sharks of many sizes that they have ever seen. It was then they decided to inform the Ministry of Maritime and WWF to check this phenomenon.

As one of the biggest type in sharks family, whale sharks (Rhincodon Typus) are more likely to be found in the tropical water, as they like the warmer ocean with temperature minimum 22 degrees Celcius, and rarely to be found below that. Their length could reach 12 meters or more, and weighed tons.

This new phenomenon in Botubarani, Gorontalo attracted some of the researchers who have been invited to come to this village. Researchers from WWF and the Ministry of Maritime were working together to do the tagging to each of them, measure the length and predicted their weight and how many male and female in this group of whale sharks.

This is important because they need to know where they migrate when they didn’t appear any longer in this area. There are three countries which are monitoring the whale sharks by satellite tags and sonar devices, which are in Mexico, Philippines, and Indonesia. It seemed like the whale sharks from Indonesia were seen in the Philippines, vice versa.

The Ministry and WWF are also making catalogs and pictures of every whale shark that has appeared here. Just like humans with their own character, the dots and patterns in their skin are different and unique from one to each other. It helps the researchers to find out how many of them has been recorded and making reports for its population.

As for the villagers, they have been trained how to treat this animal, to make sure that the frequent interaction between the whale sharks, people, and the tour boats will be completely safe. They also set up a small group of local people who responsible for making a daily report about the appearance of this animal –
such as how many of them are seen every day, the sizes, the tags and other things to help a further research.

The people from WWF also took samples of the whale’s skin, scale, and the ocean water in that trench, because unlike the other spots in Mexico and Philippines, this location in Gorontalo is very near to the beach literally only 15 meters from the beach side, and very close to the river banks. The temperature of the water with 30m depth was around 29 degrees Celsius. So it is much warmer compared to other places too. Well.. we’ll wait how they’ll come up with the result.

This type of shark has a massive mouth to filter their food in the water and only eat exclusively on planktons, small shrimps or fishes, so they are not a threat to humans. And there were not a single report of whale sharks attacking people who swim around them. That is why their appearance always attracts people to come and see them close by small boats or even snorkelling and diving with them.

The local people who already have been trained about these whale sharks have an obligation to educate the tourists about the codes of conducts when they want to swim with the sharks. Moreover, they also need to inform the tourist that the suggested distance between them and the whale sharks needs to be at least 4 meters. This is necessary to avoid the risk of touching the whale for people who has allergic, so they won’t get a rash and swollen skin. It is also important to anticipate the movement of its tail.

Even though they move smoothly, their size and their weight could make you feel like being slapped by a giant hand when their tail happened to strike your body. But then again we should note one thing, that this giant fish also like to come over you even less than one meter before they turn to other direction. The most important thing, listen to your guide before you jump in, and DO NOT PANIC, and everything will turn out just wonderful.

They also educate the boat operator of every movement they make when they get near with those whale sharks. Not only protect the animals, but it is very important to prevent any sudden movement that can cause an accident or get flipped over. For sure the feeling of the encounter with this giant creature of the sea face to face was really got me overwhelmed and absolutely a spectacular experience I have had in my life!!

About the Author - Monique Ads

I believe that the universe was made in the kitchen. On the gigantic stove some pots were placed to make various kind of meal that will be served. Happily the “Chef” with bunch of ideas creates the menus and cook all the food with many kind of taste. And to enriched the taste “The Chef” pour and mix the spices into various delicious food and dare us to pick a taste. The brave one will come forward, taste it and get addicted… the fair one will come forward, taste it and decided to have it once in a while.. and there are some who don’t even dare to try. These spices are life, and the journey we have which is differently from one person to another. The experiences, cultures, places and people are something enriched my soul.. and I decided to travel to discover the taste of each spice served and offered from different side of the world…. J’aime ma vie.. et je vais partager avec vous tous. Follow more on my blog. 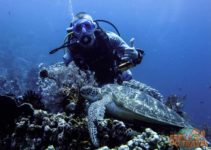 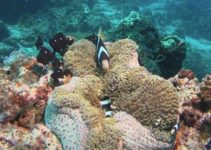 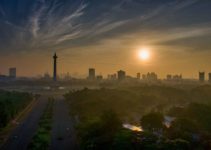 7 thoughts on “Diving with Whale Sharks in Sulawesi, Indonesia”