From shredding awesome ski slopes to white water rafting, these are the 11 best adventure activities in Scotland. 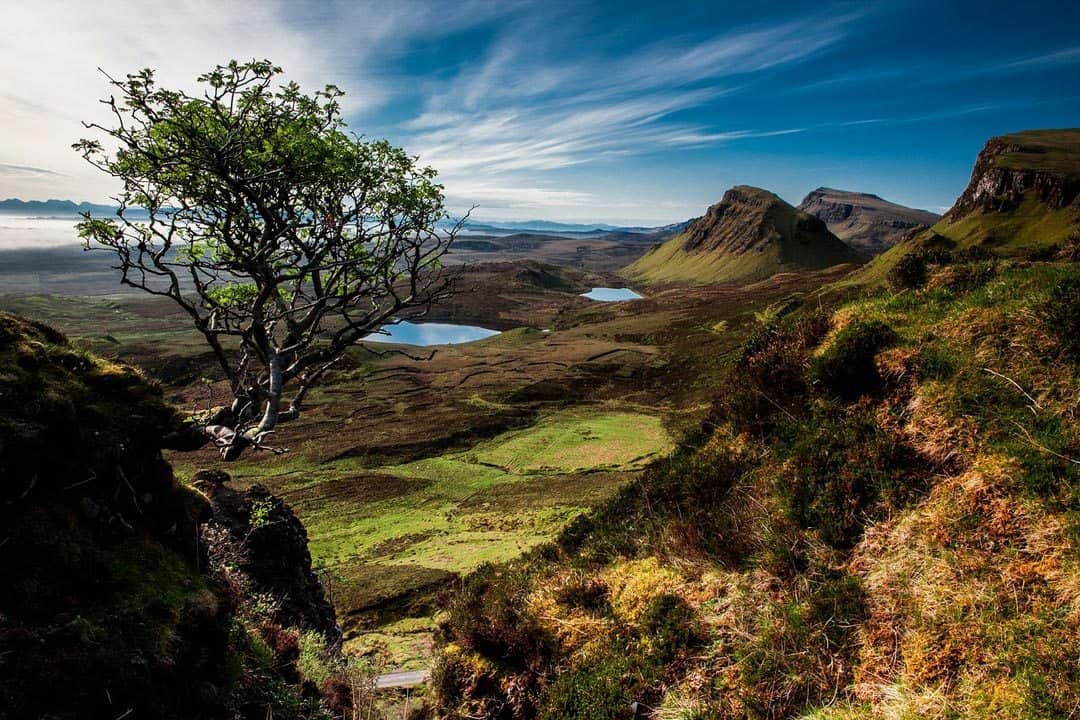 Rolling hills, monsters in lochs and men in skirts. Sure, Scotland is known for her mesmerising beauty and cheeky banter but Caledonia is more than bus trips to battlefields and the TV show Outlander.

Here’s our (Gemma and Craig from Two Scots Abroad) guide to the thrilling adventure activities in Scotland.

Paddleboarding In The North Sea

One of Edinburgh’s most popular day trips is to the town of St Andrews in the Kingdom of Fife. St Andrews is the town responsible for Prince William and Kate Middleton’s union, however; I don’t think the royal pair took part in one of the coolest things to do in Fife, paddle boarding in the North Sea.

The outdoors company, Blown Away, ran by twins, Jamie and Guy, are responsible for getting visitors into the water on boards and kayaks at West Sands.

If water activities are not your bag, the pair also offer land-yachting (also known as land sailing, sand yachting and Blokarting) where you ‘sail’ the sand of St Andrews.

Not adventure based but cannot go ignored; St Andrews is famous for its golf courses. There are ten in total and many more along the East Neuk in Fife. Here you will also find Kingsbarns distillery, whisky and gin lovers.

Not quite on par with the rapids at the River Tully near Cairns, many of Scotland’s rivers play host to inflatable dinghies full of daredevils with thick skin (and wetsuits).

Pitlochry’s River Tummel is advertised at a grade 2-5 (we experienced the lower level, unfortunately) and the River Tay at Dundee a grade 1-3.

Head to Perthshire to take the plunge of the UK’s first ever bridge bungee at Killiecrankie (funniest Scottish town name!)

Revellers jump from 132 feet solo or tandem over the River Garry, gloves are recommended for the wait at the top. Action cams are welcomed but customers can purchase photos and shots from the team if not equipped.

Craig and I did this together; I’ve never seen him look so on edge (boom boom!) No seriously, he was terrified but claims he enjoyed it.

Road Tripping In A Racer

Scotland’s hottest new road trip is just over 500 miles around the Highlands, taking in tranquil turquoise beaches, the loveliest of fishing villages, castles and distilleries.

Holidaymakers are not just taking the easy ride in their family cars, thousands are taking to the road in racing cars, push bikes and even campervans.

Check out the Bealach na Ba single-track road to see why that is surprising and one for the adventure lovers itch list.

Surf’s Up In Scotland

Thurso is the northernmost town of Scotland’s mainland and it is known for its surf. Thurso East at the mouth of the Thurso River is the surf spot which has hosted international competitions.

Brace yourself, autumn and winter months are best for waves.

Stay In A Castle

Adventure doesn’t have to involve moving. You could live like a queen for one night in one of Scotland’s castles (the ones with roofs and heating), making full use of the hotel facilities and living like the clan.

Squat down, strap up and snowball down a hill at 25 mph. Welcome to the world of zorbing. Just outside of Edinburgh, visitors over 5 foot and under 16 stone can experience the life of a hamster that has lost its feet.

It is a misconception that it always snows in Scotland, which is a shame because we have five ski centres – Cairngorms, Glenshee, Glencoe (my favourite area of Scotland), Nevis Range and The Lecht.

Come December, skiers and boarders have their eyes glued to the social media accounts of the ski resorts to assess if the dump is worth the trip.

Never fear, there is ski during the other seasons too in the form of dry slope at Midlothian Sports Centre and fake snow at Braehead in Glasgow.

In Scotland, we have special mountains that come in at over 3000 feet called Munros. There are approximately 282 Munros and hikers call the past time of climbing them, Munro bagging.

Out of the 282, there are Munros suitable for the beginner hiker such as Ben Lomond or Ben Vorlich (our dog, Bowie’s first) at Loch Lomond and the Trossachs.

The highest peak at 4411 feet is Ben Nevis (Fort William), which is an additional part of Scotland multi-day hiking trail, the West Highland Way. Definitely one of the best adventure activities in Scotland.

Take in the beautiful scenery of the west coast of Scotland over 4-6 days starting just outside of Glasgow at Milngavie and finishing up 96 miles later in Fort William.

This trek is called the West Highland Way. The Way takes you through rolling hills, past lochs and villages.

You can hire bag handlers to drop your rucksacks off each day at your next guesthouse (B&B) or go hard and carry your bag, tent and camp up each night. Wild camping is legal in Scotland if you follow the camping code.

The Isle of Bute liked the idea of this hike and coined the name ‘West Island Way’ – two-day hike around the island which is short train and ferry ride from the city of Glasgow.

500 tonnes of real snow and ice is packed 12 metres high; customers hack their way up the wall with the aid of the partner at the other end of the pulley.

The Ice Factor also has an indoor rock-climbing wall for beginners through to experienced climbers that can handle routes from 3+ to 8a.

Then for a bit of fun, you can try the outdoor aerial course full of ropes, strings and swings to test your balance (my parents could not manage it).

So the next time that someone tells you that they are going on a 5-day bus tour of the Scottish Highlands, you can tell them that they are wimps and missing out of the best adventure of their trip – swinging, surfing and having a swally of course!

About the Author - Gemma Armit 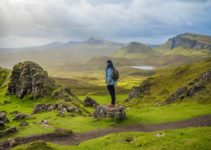