From climbing to hiking, here are the best adventure activities in Meteora, Greece. 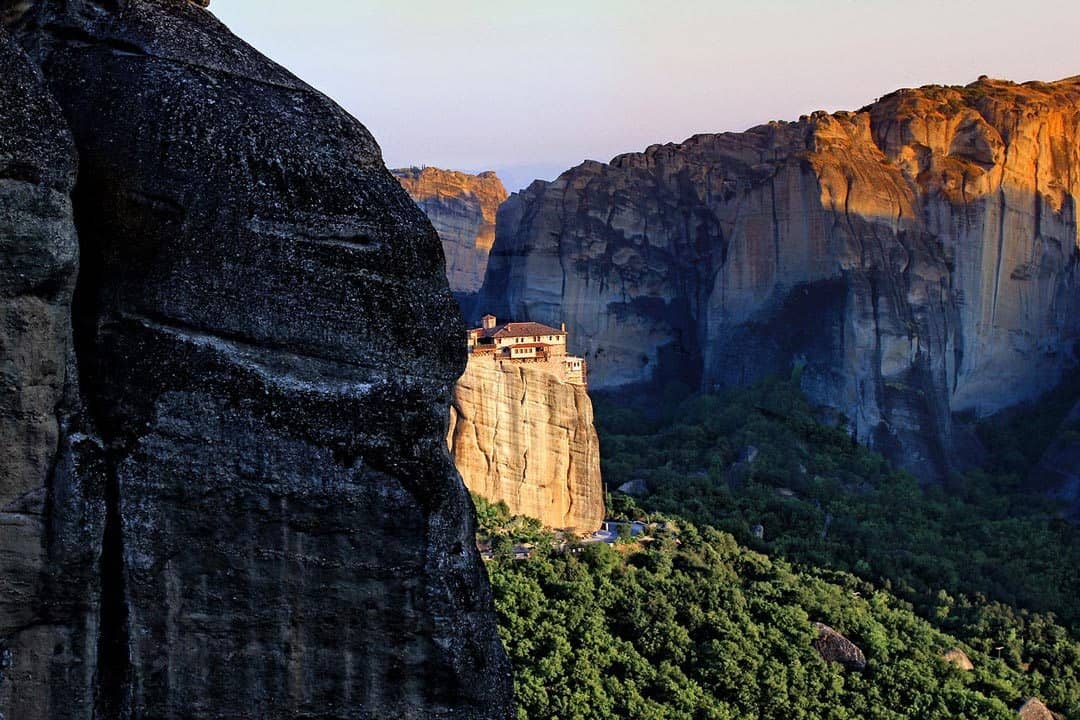 Eons ago the rocky landscape of Meteora, Greece was meant for only one thing — prayer. Even the name “Meteora”, meaning “suspended in midair”, was meant to describe the places of reflection marvellously built atop the gigantic fingers of rock jutting up to the air.

Nowadays, however, Meteora is an amazing tourist attraction that remains tucked away from the eyes of many. While still fulfilling its original purpose, the passage of time has brought a lot more activities into the area. Perfect for all adventure lovers, check out how to make the most of Meteora’s unique features!

These are some of the best adventure activities in Meteora.

Meteora is primarily known for its “rock forest” — fingers of rock pushed out by amazing geological processes. The views from the top are absolutely breath-taking, but it takes a dedicated traveler to reach these peaks!

There are two main hiking routes in Meteora, suited for different fitness levels. First, there’s the easier half-day hike through the Eastern Trail, which leads you from the town of Kalampáka (where you will most likely be lodging as you explore the area) all the way up to St. Stephanos Monastery which is almost a kilometre up!

While this is the easier of the two options, it still requires you to be in a relatively able physical condition. After an hour and a half of winding through town, almost the rest of the entire hike is through steep rocks.

The more adventurous type would fall in love with the Western Trail, which takes a full day to traverse. As a reward, however, it takes you through more sites like the Great Monastery, the Dragon’s Cave, Varlaam Monastery, Roussanou Monastery, St. Nicholas Anapafsas Monastery, and the village of Kastraki.

While this latter trail definitely attracts the more hardcore types, you won’t really need tough hikes under your belt to complete this. So long as you are fit and determined, you can make it to the top and back!

Just make sure to invest in comfortable clothing and a good pair of hiking boots to stay safe. And always keep an ear out for the advice of your guides!

What’s that? Even the Western Trail is too tame for you? Those seeking additional challenge could try scrambling instead! Rock scrambling is similar to hiking, except that you make more use of your hands to reach your destination.

Once upon a time the monks of the region carved out various paths through the fingers of rock. These are the same paths you will follow as you scramble through Meteora!

The activity is still very much doable so long as you are physically active, but it will be the acrophobic’s nightmare. There will be areas where all you have are steep trails no more than two feet wide, and a rope strung along it to guide your hands.

To your left would be a steep drop back down to civilisation. If this is something you can endure, then don’t miss out on this adrenaline-pumping thrill of reaching the heavens!

Check out our post about the Via Ferrata up the Great Saint in Meteora.

The mountains of the region offer a lot of stunning vertical drops that would have been amazing dive points had there been a blue ocean below. But since jumping from them and down into Kalampáka is not an option, why not try scaling them instead?

If scrambling still fails to raise your heart rate well enough, then rock scaling would likely do the trick. This is an activity that is as old as (or even older) than the monasteries themselves.

In fact, it has become something of a sport in the area! This means that like hiking and scrambling, there are established routes that you could follow if you wish to ascend a la Spiderman to the peaks.

Even if you have no desire to climb the mountain faces, you would surely get a kick out of seeing the pro climbers ably scaling the heights. If you’re on the complete opposite end of this spectrum, then you’re in luck — some climbing routes do not even need a guide! 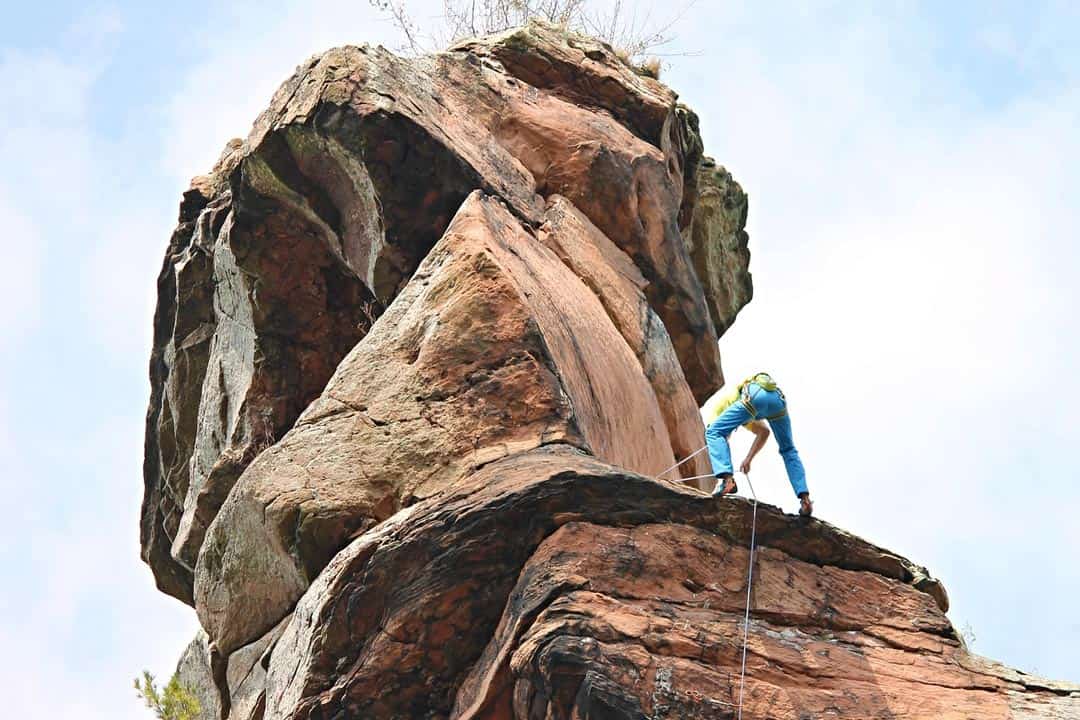 Let’s face it — not everyone would be too keen on going up the rock forest and admiring the view from atop. After all, these rare features are just as magnificent from below! If you wish to get around without the risk of straining and scratching your hands and feet, then mountain biking might be the way to go.

Meteora has a challenging landscape, which makes mountain biking a great option. There are 20-kilometre tours that last for less than three hours, taking you through trails that wind through the rock forest.

This way, you can visit one of Meteora’s hidden gems — the Ypapanti Monastery which, unlike its peers, has been constructed inside a hole in the rock!

You will also get a primer on the history of Meteora by seeing the Vlahavas statue, which commemorates a local figure instrumental in leading the war for independence many centuries ago.

Speaking of memorials and things inside rocks, why not drop by the prehistoric cave of Theopetra as well? Theopetra is about 7 kilometers from Kalampáka, and has many artifacts dating back to the old and new Stone Age.

The large cave has been excavated since the 1980s, yielding a lot of important finds ranging from pottery and human remains to plant seeds and human markings more than 130,000 years old!

If you really wish to unwind, and if you are a tad tired of the rocky outcrops of Kalampáka’s wonder, then head over to Diava which is just a short distance away. Here you can visit the lush vineyards of the Loudas family, which produces a variety of wines since 2006!

Theirs are some of the best-selling wines in the region. This is a fitting way to celebrate the Greek wine culture, by sampling different varieties.

Meteora offers a lot of opportunities for outdoor and nature lovers who wish to get away from civilization for a little while.

And even though it offers a good array of comfortable lodgings, well-curated museums, and all the comforts of modern life in its towns, there is just something in Meteora that beckons you to step out and embrace the wild. So go forth and indulge, and have fun!

About the Author - Karla Ramos

A former preschool teacher/figure skater turned Travel Blogger, Social Media Manager and a travel enthusiast. I was bitten by the travel bug early on and I enjoy action-packed and adrenaline filled experiences. Often, people call me an Energizer bunny because of my never-ending energy. While traveling, I love experiencing local culture, trying out local cuisine and meeting new people but most of all, I am a sucker for adventure, so if there’s something new to try, I’m definitely up for it. Follow me on my blog. 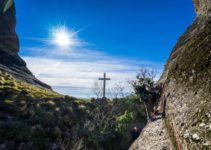 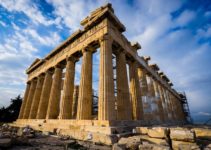 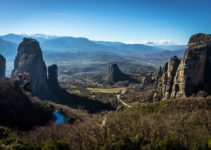 2 thoughts on “The Best Adventure Activities In Meteora, Greece”