Our guide to the best time to visit South Georgia Island.

Home to one of the greatest wildlife shows on earth, South Georgia Island is a destination that inspires, humbles and amazes all who are lucky enough to travel to its shores.

It’s a land of extremes. The kind of place where you’ll find hanging glaciers high above beaches covered with hundreds of thousands of king penguins.

Huge harems of elephant seals occupy the sand, the males battling each other to the death for dominance of their females.

The world’s largest bird of flight, the wandering albatross, nurtures their young on tussock-covered islands in the harbours.

Mountains rise over 2000m above sea level, dropping sharply into the turbulent Southern Ocean below.

South Georgia is also home to some tragic human history. Corroded whaling stations are scattered around the coast, a haunting reminder of the millions of animals that were slaughtered in these waters in times gone by.

It is the burial place of Sir Ernest Shackleton, the greatest Antarctic explorer whoever lived, and one of the world’s most magnificent small museums can be seen in the town of Grytviken.

South Georgia, without a doubt, is one of the most interesting places to visit on the planet!

When is the Best Time to Visit South Georgia Island?

For those looking to travel to South Georgia, knowing what time of year to go will have a huge impact on your overall experience.

Should you travel in the early season? What about in the middle of summer? Is Autumn the best time to visit South Georgia?

If you’re wondering when you will see the most penguins, or when the weather will be better for photography, then this is the article for you.

We’ve answered the question and broken down the pros and cons of travelling in each of the main months, from October to April, so you can plan the perfect adventure.

Regardless of the season, it’s also important to choose the right tour operator for your journey to the ‘Serengeti of the Southern Ocean’.

Small group trips are ideal, and with the fragile environment of South Georgia needing more protection than ever, selecting a company that commits to strict quarantine and sustainable tourism is key.

The winter has come to an end and the native wildlife of South Georgia starts to become more active after the months of harsh weather.

It’s now that the elephant seals start to establish control of the beaches. The blood begins flowing and the mating season is kicking off.

That also means the big bulls start to fight, often in violent, bloody confrontations to become the ‘beach master’ and leader of the harems of females.

Seeing the 4-tonne bulls battling only metres away from you is a terrifying and spectacular scene. While it is brutal, this is nature at its rawest.

Not all of the elephant seal encounters are intense though. Babies are being born every day at the end of winter, and the young pups, known as ‘weaners’, are everywhere.

They are tiny compared to the adults, and for the first few weeks they are tremendously curious of humans.

It’s not uncommon to be sitting there observing the colonies and have a weaner come up to check you out.

Early season is also a great time to travel to South Georgia because while the male fur seals are popping up all over the island, the females haven’t yet arrived.

Once they do start to appear on the beaches the male fur seals become extremely aggressive, making it impossible to land on many of the beaches.

The king penguins have also started having their chicks, which means you’ll have the chance to see these brown, fluffy birds populate the colonies.

Additionally seabirds, and most impressively the wandering albatross, the largest bird of flight on the planet, have finally returned to South Georgia as the snow begins to melt.

Some of them build their nests on Prion Island, a Special Protected Area that remains open to humans in early and late season.

During the summer the albatrosses begin to have their babies, and the island closes down to minimise harm and stress to the birds.

Finally in early season, there are fewer ships that visit South Georgia, meaning less tourists and more time to spend on land.

There are a couple of negative points about visiting South Georgia in October or November though, and this is mainly due to the weather.

As winter has only just ended, there can still be a lot of snow on the ground in some parts, and it’s not uncommon to get snowfall or heavy rain in these months.

In our opinion though the pros of travelling in the early season far outweigh the cons, and this time of year is our recommendation for when to visit South Georgia Island.

For photographers, this is the perfect time to visit the island.

The summer is classified as high season in the Antarctic and South Georgia, with long days, good weather and an abundance of wildlife to enjoy.

During this time the highlight is the thousands of king penguin chicks that now cover the entire landscape.

Short, fluffy and not in the least bit shy, they are hard to not fall in love with.

The population of king penguins from December to February is at their highest, and it can be quite overwhelming to be standing on the beaches or hills and looking across a plain with every square foot covered with birds.

Many of the elephants seals have been pushed off the beaches at this time of year as the fur seals take over.

They are extremely aggressive though, meaning a lot of times shore landings aren’t possible.

In Grytviken the king penguins have taken over, adding a fascinating wildlife element to the rustic decay of the whaling station.

There’s no shortage of sea birds at this time of year too, but the chances of seeing the most famous one, the wandering albatross, is low as they are busy caring for their young on places like Prion Island.

The warmer waters of summer also mean the whales start to make an appearance again, and if you’re lucky you might be treated to amazing shows by humpbacks, orcas and fin whales.

In terms of weather, you can expect up to 18 hours of sunlight and temperatures around 5 degrees.

Summer is a great time to visit South Georgia, however you won’t be alone. The Antarctic season is in full swing, and many expeditions include a trip to the Falkland Islands and South Georgia in their itinerary.

The larger numbers of tourists means schedules are extremely tight for shore landings due to strict limitations on visits.

If for some reason a particular excursion gets delayed or cancelled, due to weather or rough seas for example, there’s no chance to extend it or come back another time.

High season is obviously the most popular time to come to South Georgia, but if you can make it in the shoulder season, that’s what we would suggest.

Towards the end of the Antarctic season the marine life in the Southern Ocean are at their most active.

Thousands of whales are on a feeding frenzy before they start their migration north to beat the upcoming winter.

Humpbacks, orcas, fin whales, minkes and occasionally blue whales can be seen in the waters off of South Georgia.

On land the king penguin chicks are beginning to malt. Their brown feathers are falling out and they’re building the confidence to leave their parents and head out into the ocean to fend for themselves.

Other penguin species such as gentoos, macaronis and chinstraps have their chicks fledging in large groups.

Cute fur seal pups now cover the beaches, offering a different photographic opportunity than other times of the year.

Most of the snow has melted and the ground has dried up, so it’s possible to wander further inland to seek out other animals and different landscape views.

On Prion Island the wandering albatross chicks are starting to mature and it’s possible to visit them if you’re on a small group trip.

The end of the season also means fewer passenger ships, and the flexibility of shore landings and timings opens things up once again.

With winter just around the corner though, the weather is starting to turn, and flurries and storms are possible.

By the end of March most of the tour operators have finished their Antarctic season, and only a few outliers stick around into April, although this is considered very late.

If whales and penguins are your main reason for visiting South Georgia, travelling in the autumn is a great choice.

Can You Visit South Georgia in Winter?

The short answer to this is no, you cannot visit South Georgia in the winter.

This is due to harsh weather that plagues the Southern Ocean, the ice that builds up around the island and the heavy snow that can fall.

No tourist ships will visit South Georgia during winter as it’s just not safe or enjoyable.

The exception would be if you sail on your own ship there, but you would need to acquire near-impossible special permits to land from the South Georgia government.

DISCLAIMER: We travelled to South Georgia with One Ocean Expeditions as part of our media partnership with them . All thoughts, opinions and thousands of king penguin photos captured are, as always, our own. 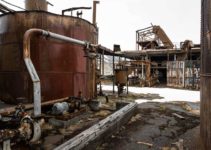 3 thoughts on “The Best Time to Visit South Georgia Island”